Review: The Sound of Music at LaComedia

Raindrops on roses and salads with papaya chutney dressing, buffets with lots of fixings and Chris Kramer singing. These are a few of my favorite things. To call La Comedia’s production of ‘The Sound of Music’ the best in live theatre I’ve seen since 1999 sounds underwhelming. However, the statement would very likely still be true if not for the nationwide pandemic. It’s hard to imagine anything having been any better. The show is nearly flawless. This production of ‘The Sound of Music’ is one of my favorite things, and with schnitzel too. 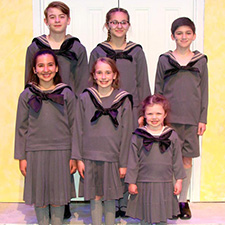 Leading the greatness is Allie Haines as Maria in her La Comedia debut. It’s my prayer that she makes recurring appearances a…habit! Haines is radiant with a voice vibrant enough to not only give life to hills, but canyons too. She even makes yodeling sound appealing. Her voice has more range than the mask mandates. Haines also has tremendous chemistry with the von Trapp children, which is a joy to witness. Maria is an iconic role in the world of theatre, many have filled it, and I’d rank Haines as among the best.

Speaking of the von Trapp children, they are all so cute that it makes having seven kids almost seem tempting. They also all sing wonderfully together, creating a perfect harmony. Several times I thought other voices must be getting piped in from backstage because these seven young kids could not possibly be producing such beautiful sounds. The von Trapps are to ‘Do-Re-Mi’ what the Jackson Five are to ‘ABC.’ Singing ‘Do-Re-Mi’ is so contagious that Dr. Fauci should be put on the case. The eldest is Leisl played by Ashley Ortel who talent wise is 16 going on 30. Her voice and stage presence is way above her age. The chattiest is Brigitta, played by Emerson Benbrahim, whose bright smile and sharp wit really stands out. The recipient of the most “Awwww’s’, and deservedly so, was Charlotte Dawson as Gretl, the youngest. Her tiny voice rang loud in the ears and hearts of those in attendance. The other members of the exceptionally talented von Trapp children’s choir are (Friedrich) Cameron Krause, (Louisa) Izzy Stringer and (Kurt) Aiden Dieffenderfer. The children are split into two casts, and I am certain the other group is equally enjoyable. Not to be left out they are (Friedrich) Chase Gleeson, (Louisa) Addison Haines, (Kurt) Sam Kingrey, (Brigetta) Morgan Tracy, (Marta) Aubrey Quinn, and (Gretl) Adilynn Hatton.

It’s seemingly the case of every role that Chris Kramer plays, but it’s particularly true of Captain von Trapp, that it’s a part he was born to play. Kramer is more versatile than duct tape, he can fix any need, but is at his best as the whistle blowing Captain. He partners with Haines (Maria) as well as toast goes with jam. Much credit must also be given to the make-up crew for making Kramer appear about twenty years younger. I had to check my program to make sure that it wasn’t his son. Now I expect Kramer will be the muscular King Triton in the upcoming production of ‘The Little Mermaid’ or perhaps even the young Prince. 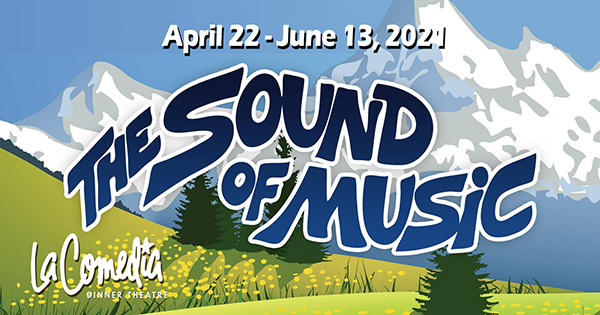 A special mention must also be given to Casen Kidd, a child prodigy, who at just 14 fills the role of Rolf. He handles the maturity of the role and the choreography in ‘Sixteen Going on Seventeen’ with much grace. Other standouts include Linda Dew who causes goosebumps with her beautiful rendition of ‘Climb Every Mountain,’ and Robert Weidle provides a magnetizing energy as Max Detweiller. The leading lady/vixen of La Comedia, Karie-Lee Sutherland plays Elsa. As always, she pairs nicely with Kramer and desires marrying the Captain but Elsa must…let it go.

‘The Sound of Music’ is a beloved show, and this cast will only make you love it even more. It’s a superior production, highlighting a lot of new talented actors, along with some familiar favorites. Chances are that you haven’t seen a live show in a while. This is a great chance to end that streak, and also enjoy a delicious meal in the process. During intermission, I heard a fellow patron say, ‘Musicals aren’t really my thing, but this is good. I’m really enjoying it.’ I guarantee anyone reading this would feel the same way.

‘The Sound of Music’ continues at La Comedia through June 13. Until then, so long, farewell.