The original ad for the event on Feb. 25, 2020. Many additional stars were added to the lineup

Guitarist/vocalist Peter Green, who co-founded Fleetwood Mac more than 50 years ago, was the subject of a celebratory concert held at the London Palladium on Feb. 25, 2020. The all-star event, billed as “Mick Fleetwood and Friends Celebrate the Music of Peter Green and the Early Years of Fleetwood Mac,” featured such acolytes as David Gilmour, Pete Townshend (who was not originally listed on the bill), Billy Gibbons, Christine McVie, Steven Tyler, and others.

The event was filmed for an audio-video collection. A Super Deluxe edition, comprised of 4-LPs/2-CDs/Blu-ray, as well as other configurations, originally scheduled for a Oct. 16, 2020 release, has been moved to April 30, 2021. It will also play on VOD, with a premiere date TBA.

On the one year anniversary of the concert, a performance of “Rattlesnake Shake” with Steven Tyler and Billy Gibbons was released. Watch it below.

Watch the official trailer for the concert film

Original Fleetwood Mac member, Jeremy Spencer, made a surprise appearance, performing on “The Sky is Crying” and “I Can’t Hold On.” The guitarist left the band in 1971. Watch his performance and several others, via fan videos, below.

Clips from members of the audience have been available since the performance.

McVie sang “Stop Messin’ Around” and “Looking For Somebody.”

Watch many more fan clips below the links.

Before performing “Man of the World, Finn said, “Tonight I get to pay my respects to the man who started it all, Peter Green. He wrote songs that were sad, tender and truthful.”

The Feb. 25 celebratory concert was at the intimate London Palladium, which seats less than 2300.

Gibbons and Tyler were featured on “Oh Well (Part 1).”

With the legendary Glyn Johns serving as the executive sound producer, the concert was recorded for release in a variety of formats, including a Super Deluxe Edition box set consisting of 4-LPs/2-CDs/Blu-ray. A film of the concert, directed by Martyn Atkins, will screen in theaters in various countries on June 2 and June 7.

The event sold out almost instantly. The proceeds of the concert will benefit the Teenage Cancer Trust.

Just eight days earlier, another mighty assemblage of rock legends took place on a different London stage, to celebrate the musical life of Ginger Baker, who died at 80 on October 6, 2019. That show was organized by Eric Clapton, and included fellow British rockers Steve Winwood, Ronnie Wood, Roger Waters, and more.

Guitarist Green, drummer Fleetwood and bassist John McVie were all members of John Mayall’s Bluesbreakers when they recorded a handful of songs together (one of them an instrumental titled “Fleetwood Mac,” named after the rhythm section). A short while later, Green and Fleetwood broke away to start their own band, joined by second guitarist Jeremy Spencer and bassist Bob Brunning. The latter was replaced a few weeks later by McVie and the new group took on the wordy name Peter Green’s Fleetwood Mac featuring Jeremy Spencer. Green left the group in April 1970.

Watch one of Spencer’s performances at the Feb. 25 concert

Before introducing Gilmour, and his performance, on pedal steel guitar, of the Green composition, “Albatross,” Fleetwood said, “In 1969, after a long, long night driving back from a gig way up north… I was looking for a way to keep awake. I had the radio on. The Beatles were talking about an album that had come out that day, Abbey Road. Either George or John said, ‘This is where we do our “Albatross” thing, like Fleetwood Mac.’ Our minds were truly blown.”

Fleetwood then dedicated its performance to Green and to George Harrison, whose birthday it was on the day of this concert.

The entire lineup returned for the evening’s final song, a rousing performance of “Shake Your Moneymaker.” 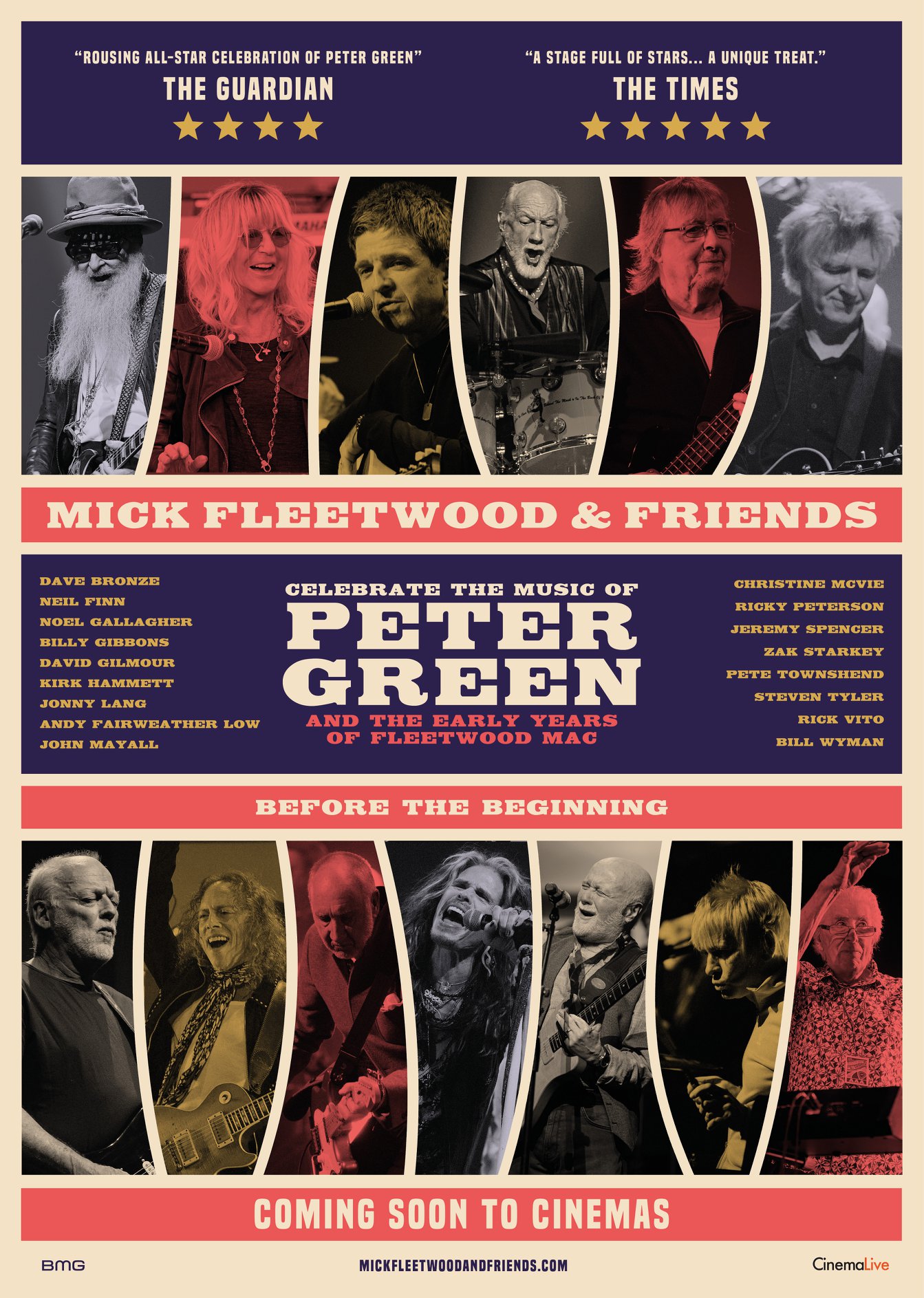 Watch the official rehearsal trailer, released on the day of the concert

When the Green concert was announced on Nov. 11, 2019, Fleetwood said, “The concert is a celebration of those early blues days where we all began, and it’s important to recognize the profound impact Peter and the early Fleetwood Mac had on the world of music. Peter was my greatest mentor and it gives me such joy to pay tribute to his incredible talent. I am honored to be sharing the stage with some of the many artists Peter has inspired over the years and who share my great respect for this remarkable musician.”